Examining the Impact of COVID-19 on Prosepctive Student-Athletes 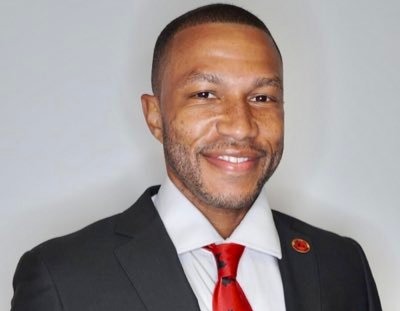 There may not be a group of student-athletes in the country who have been more significantly impacted by the COVID-19 pandemic than current high school seniors who were and are aspiring to garner athletic scholarships to compete at higher educational institutions.

Athletic talent is frequently utilized as a ticket to the admission and financing of higher education for young men and women who may have not otherwise been able to access certain institutions. This increases the incentive for children and parents to place an even greater emphasis on the development of athletic talent in hopes that it will create opportunities to attend colleges and universities that can provide a higher level of academic instruction and athletic exposure.

The cultural embeddedness of the athletic route and the sports dream in the lives of young Black men in particular is something that is taken for granted in most cases. While sports may play the role of a hobby to some individuals, others see it as the sole means to social mobility. Sports, particularly football and basketball occupy an extremely prominent aspirational place in the minds of many young Black males. The reasons for this are manifold. There is of course the pure enjoyment and the love of playing sports. They also receive consistent support and validation from their peers and community. They are cheered for and celebrated for their talent.

Those few athletes who emerge and gain access to the upper levels of college and professional athletics are treated much differently from the majority of Black men in the United States. Black males receive a celebration and adoration in the athletic arena that they find in no other area of society.

Unfortunately, the vast sum of Black males who throw their everything into sports, but whose talent did not warrant college athletic scholarship offers or pro sports contracts are often those with the least access to viable post-secondary education and employment options. Those young people who fall into that category may be the most impacted by decisions to cancel entire sports seasons.

A current case study for the impact of the COVID-19 pandemic on youth sports and the aspiration attached to it is the Shelby County Schools (TN) System decision to cancel Fall and Winter Sports. Shelby County, which encompasses the city of Memphis, is the largest school district with the greatest number of minority student-athletes in the state of Tennessee. Memphis has long been a hotbed for basketball talent and has increasingly produced a significant number of blue-chip football recruits.

Shelby County Schools was the only school district in the state to take the stance of having no sports participation at all. The announcement from Shelby County Schools Superintendent Dr. Joris Ray on September 15, 2020 read as follows – “Today, the District announced that fall sports are postponed until further notice. Despite collaborative efforts in the District and locally to reduce the spread of the Coronavirus, there is still far too much uncertainty to move forward with athletic practices and competitions at this time. SCS leaders have been working closely with the CDC, Health Department, and National Federation of State High School Associations (NFHS), and all of them have warned about the risks of spreading the virus through athletic participation at this time. Local infectious disease specialist Dr. Manoj Jain also recently cautioned that sports are not a wise idea ‘given the uncertainties around the novel virus and the undiagnosed number of cases in our community.’ Our decision to postpone fall sports until further notice is yet another unimaginable consequence of an unprecedented time. However, we must lean on the guidance of health experts and not emotions. We want to play, our coaches want to coach, and we still hope for the opportunity to do both when conditions improve.”

The largest population of Black boys in the state who had some level of attachment and dependence on pursuing the athletic route to a college scholarship found themselves completely shut out of sports at their schools as a result of this decision.

The District’s decision was met with tremendous opposition from a segment of coaches, players, parents, and a large part of the broader community. The opposition was driven by a sense of unfairness, given that the rest of the state was playing including all of the bordering county schools and special school districts within Shelby County such as Arlington, Collierville, and Bartlett.

Another issue driving the opposition was the plight of so many players who were depending on their senior seasons to showcase their ability to college coaches with the hopes of garnering athletic scholarships. There was additional anguish in the community about a perceived lack of compromise from the District. They did not even attempt to play one game.

Some felt misled by the initial declaration of the season being postponed and not cancelled. This left many student-athletes dangling with false hope when they could have made a more informed decision if they would have known earlier that the entire season would not take place.

The Superintendent, who also happens to be a Black male, pointed out that he was following the guidance of health experts and not emotions. The predominately Black population of Memphis over-indexes in pre-existing health conditions like diabetes, hypertension, and high blood pressure that are particularly susceptible to COVID-19.

One example of the impact of this Shelby County Schools ruling was a Senior student-athlete from a Memphis high school football powerhouse who had been anticipating his senior season on the field. He had previously played more of a reserve role on a senior-laden team the season before. Though he had the stature and athleticism of a Division I football player, he did not yet have an adequate amount of game film to fully display his talent in the eyes of many college recruiters.

He and his teammates were anticipating that they would be getting an opportunity to play at some point when the initial postponement announcement was made. Many of them had been working toward this season since they first began playing the sport several years prior. At first, they had all been attending practice every day with the hopes of having the opportunity to display their talent in front of college coaches or at least getting some quality game film that they could send to coaching staffs. As time went on and the prospects for having a season began to dwindle, so did attendance at practice. Coaches were challenged with sustaining morale and pushing the student-athletes to continue to hone their craft even with no promise of an opportunity to display their talent on the horizon.

Players responded in a number of different ways. Some transferred to other schools that were located in districts where competition was taking place. Others stopped coming to practice and picked up jobs. Another group of those who stopped coming to practice found themselves engaged more with gangs and other nefarious endeavors. The combination of not being required to physically be in school or football practice left an abundance of discretionary time that had the potential ending up being dangerous and/or unproductive if not appropriately channeled.

There was another group who continued going to practice and held out hope for combines or other showcase events to potentially be seen by recruiters. Fortunately for this senior, he was reared in a household that prioritized and required academic excellence from the very beginning. He maintained a stellar grade point average and the cancelled season gave him additional time to prepare for the ACT and SAT tests. He had hopes of getting an athletic scholarship, but he was not dependent on it.

He had more of a well-rounded view and repertoire of guidance and experiences that offered multiple avenues to get to his desired destination. He is positioned to attend an institution of higher education via academic scholarship and then still play sports at the collegiate level as a “walk on” if he chooses. This actually gives him a lot more agency over his own future than going on an athletic scholarship where his scholarship could be based on the frequently shifting coaching dynamics of his team.

This autonomy will serve him well at the next level because he will be more likely than other student-athletes to go into a major of his true choice and not one directed by student-athletic academic counselors who may be more interested in keeping him eligible than putting him in a position that will lead to gainful employment and an expanded set of economic opportunities.

There are lessons to be learned from what took place in Shelby County Schools sports during the Fall of 2020. The school district could have been clearer about their long-term plans to cancel the season. The ambiguity may have stemmed from the fear of a mass exodus of students leaving to pursue athletic participation in other districts where competition was being allowed. The decision and course of action from Shelby County Schools may have indeed all been about guidance from health experts, but their roll out and distribution of information has caused some to raise their eyebrows.

Many in the Memphis youth sports community that includes players, parents, coaches, and supporters received a harsh wake-up call about the downside of an overreliance on the athletic lottery. The previously unthinkable cancellation of a season has no doubt altered the perception and placement of sports for some. Hopefully, other routes of development and exposure were opened to young people in the absence of competitive sports, and this perceived setback for Memphis area athletes will eventually be a setup for a more holistic view of who these young people are and who they can become.

Dr. Marcus Bright is a scholar and educational administrator. 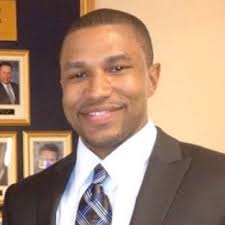 Dr. Marcus Bright is a scholar and educational administrator. 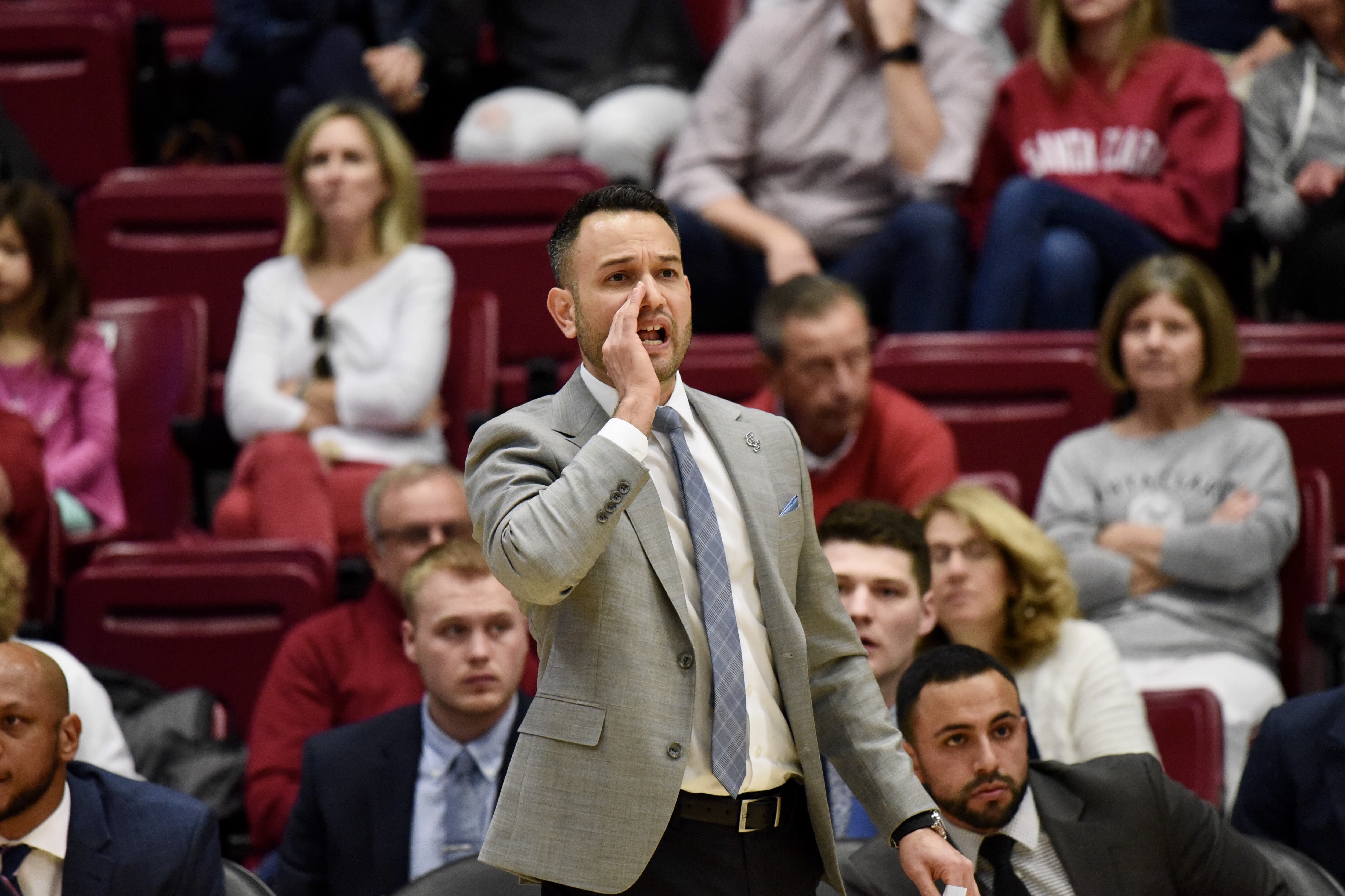