1. Why did you get into coaching? I got into coaching to have the opportunity to impact and develop young people both on and off the basketball court in a positive way while also fueling a drive to compete at the highest level of collegiate sports.

2. How many years have you been coaching? 25 years. 23 on the University/College level.

3. Who has been your biggest influence in coaching and why? I have been very fortunate to work for and with some of the best coaches our game has seen including Herb Sendek, Ben Howland and Rick Majerus. I also developed a special and unique relationship with John Wooden while coaching at UCLA, which certainly influenced me in many ways philosophically. If I have to choose one, I would select Rick Majerus. I spent 5 years under Coach Majerus, starting as a graduate assistant at the age of 23. I learned to bring a relentless work ethic every day and I received an education in basketball that was beyond my imagination even to this day. He was the the ultimate teacher of the game and an incredible competitor. The greatest coaches from every level of basketball, including throughout the NBA, would fly in to Salt Lake City just to watch our practices and study how he taught the fundamentals of the game so well. His ability to develop players and get his teams to play together was unparalleled. What I admired most was his ability to hold players accountable on the court and equally do so in the classroom and off the court. He truly cared about our players becoming better students and better people as much or more than he cared about winning games. Coach Majerus never sacrificed academics nor character in order to win, and we won a whole lot of games. He always raised the bar of expectations for each student-athlete he coached, and much like John Wooden, focused on simply giving your best effort every day in all areas regardless of the outcome. This process driven approach allowed for incredible results both on the court and with graduation rates and success after basketball for the majority of the players he coached in his Hall of Fame career. Like each of the great coaches I have worked with, Coach Majerus brought a unique personality to his coaching. There is not a day that goes by where I do not find myself recalling a teaching point of his or striving to live up to his standard of accountability and enthusiasm with the student-athletes I coach.

4. What do you enjoy most about coaching and why? I receive my greatest enjoyment through the relationships I have built with players that I have coached and coaches I have worked together with. Attending graduations, weddings, meeting their children, talking about life or reflecting on the wonderful memories we were a part of together is always a joy. Those relationships are built through a trust and respect for one another that is mutually earned during our time together as players and coaches. There is no better feeling than knowing that I was able to add to a current or former player's life in a positive way.

5. What has been one of the greatest lessons you have learned about life through coaching? Please explain. The ability to handle adversity and keep a positive mindset throughout is the greatest life lesson I have learned through coaching. My favorite John Wooden quote is, "Things work out best for those who make the best of the way in which things work out." As a coach, you often have to deliver the right message to your team under difficult circumstances. Often there is very little time to gather your emotions when things go wrong in the middle of a game or shortly thereafter, yet you must find a way demonstrate the leadership that allows for the team to be assured we will get through this and get better from it.

6. What is your ultimate goal in coaching? My ultimate goal is to be a successful Head Coach at the Division 1 level, and do so without sacricing my integrity nor the integrity of those around me.

7. What has been your greatest lesson as a coach during the pandemic? Coaching through the pandemic has reminded me that we must concentrate on controlling the things we can control on a daily basis. Often times as coaches, we are so focused on the routines we have planned out for our teams and during the pandemic there have been so many last minute changes or cancellations that have forced those routines to be altered or even thrown completely to the side. It can be very frustrating, but I have learned that many of those little items are unimportant in terms of their affect upon the team. Our players will be affected only by what affects us as coaches. If I can "roll with the punches" so to speak, our players will follow suit.

8. What has been one of the toughest lessons you have learned through coaching. Please explain. One of the toughest lessons I have learned through coaching is that you cannot improve, change or impact a student-athlete that does not have a personal desire or interest in doing so. This is why character evaluation is as much, if not more important, than talent evaluation in recruiting. I have been fortunate to be a part of 22 winning seasons in my 23 years at the collegiate level, and every one of those seasons came with a certain level of adversity. Our very best teams were not only talented but filled with high character individuals that wanted to be held accountable and to a high standard in everything we did as a program. When adversity hit, those teams responded in a manner that allowed us to improve from it rather than continue in the wrong direction. Our most difficult seasons have come when mistakes were made in recruiting due to character issues, not talent. Of course there is no full proof way to avoid this, and so the culture of the program must be as such that anyone who is not interested in living up to its standards must either conform or be removed. It is just as important to have players in your program that you can lose with as it is to have players you can win with. My most difficult two years in coaching both resulted in having to remove a talented player or two from those programs due to their inability to be a part of a winning culture.

9. As a minority coach, what do you feel has been the biggest challenge for minority coaches in the profession? Minority coaches are often labeled without getting to know them deeply as professionals as well as individuals. Generalizations about strengths and weaknesses, as well as core values, made strictly based on skin color or religious background are often made prior to digging deeper into their abilities as a coach, leader and mentor.

10. Tell us something about yourself that people would be surprised to know about you. My favorite sport is actually baseball. I have an equal passion for that sport as I do basketball. Both my younger brother and I were left-handed pitchers and played collegiate baseball. If I could trade places with any professional athlete in my generation it would be Ken Griffey, Jr. or Clayton Kershaw.

You Have An Interview: How to be Prepared for "Game Day" 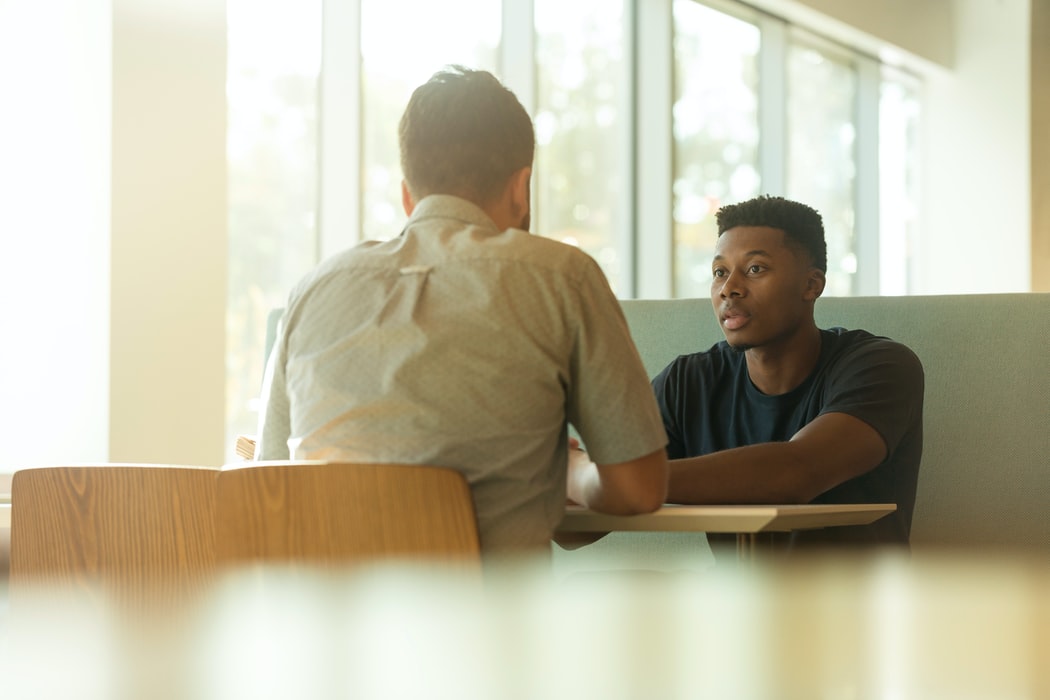 Cheat Code 1: What Interviewers LOVE Candidates Do or Say